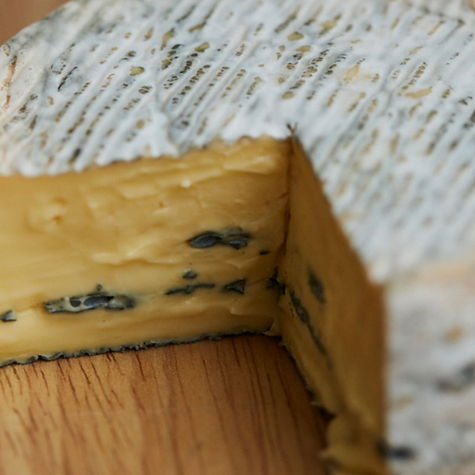 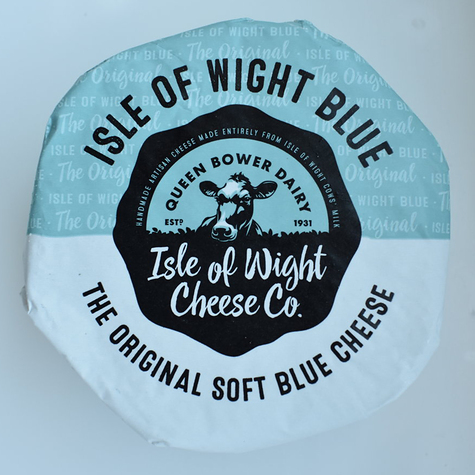 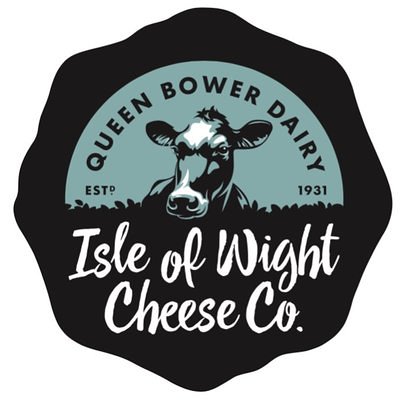 First made in 2006, this naturally rinded soft cheese is made with pasteurised milk. It is blue veined and is sold at 3-5 weeks of age. It has a 8 week shelf life. Being hand-made, the sizes have a minimum weight of 200g but are approximately 230g, some slightly larger some slightly smaller. When the cheese is sold at 3-4 weeks it has a relatively mild blue flavour but expect the IOW Blue to accelerate quickly so that by the time it is at the end of its Best Before date, the flavour will be a lot more spikier than when it was young.

Being naturally rinded, it is covered in green, blue, grey and white moulds. These give the cheese bags of character and the variety of surface moulds that grow on the rind will make it stand out on any cheeseboard.
The cheese has been a multiple medal winner at the World, British and International Cheese Awards, most notably winning Best English Cheese at The World Cheese Awards.