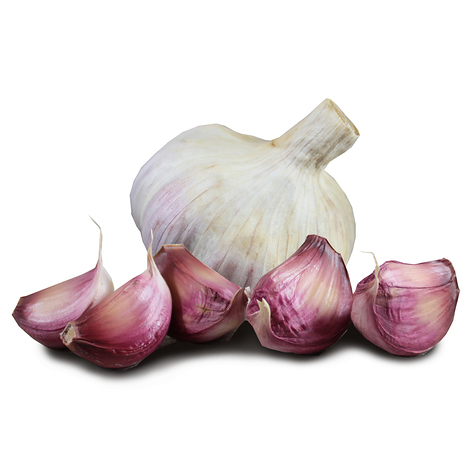 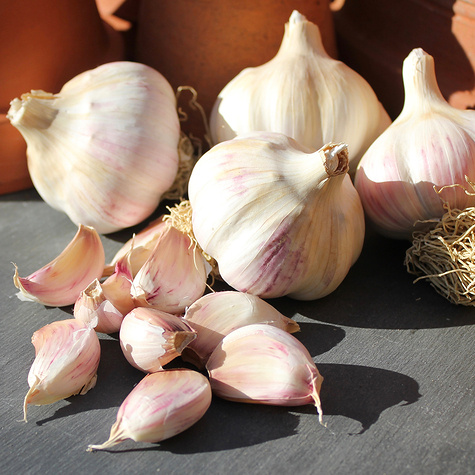 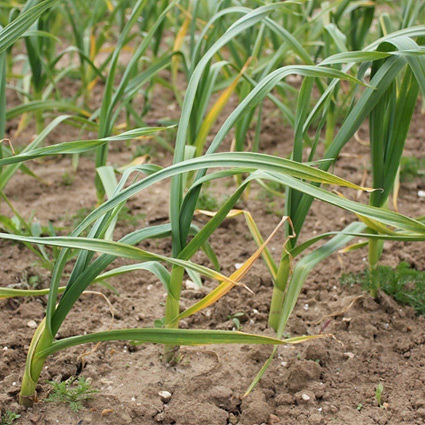 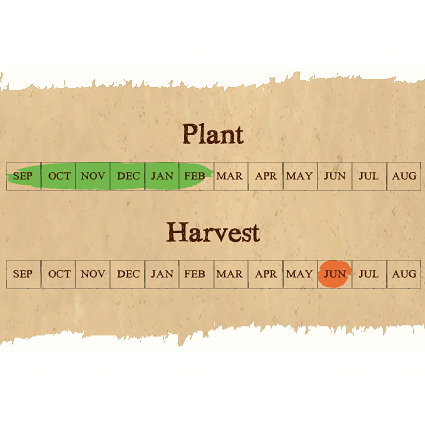 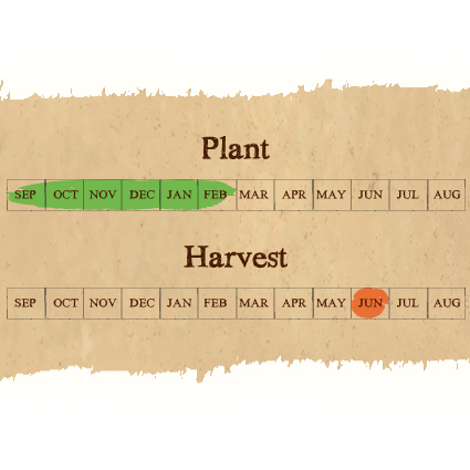 Allium Sativum ophioscorodon (Hardneck) - White skinned, pink cloved, from near Toulouse, SW France. The most versatile of hardnecks, can be planted Autumn or early Spring but dislikes wet conditions. Better for south of England. Held by French gourmands as the best tasting of all French garlic. Keeps until February.

A beautiful white hardneck with purple cloves, a Creole type, similar to Rose de Lautrec, held by French gourmands to be France's finest garlic. DNA analysis suggests this garlic began life in Kazahkstan, garlic's centre of origin then travelled with the Mongols into Eastern Europe(1200AD) and then on a recognised garlic migration route to south west France, near Toulouse, on the pilgrimage to St James at Compostela. We called this royal garlic after Kingsland, the most fertile strip of land on the farm, whose rent was due to the King.