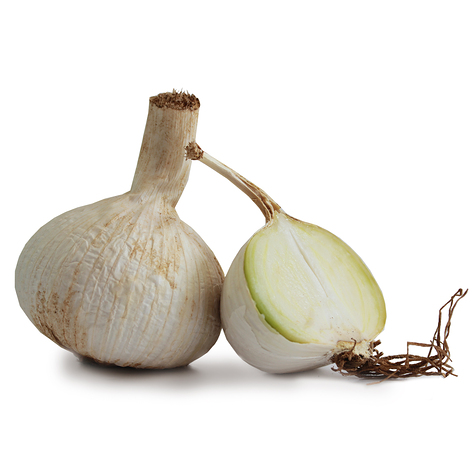 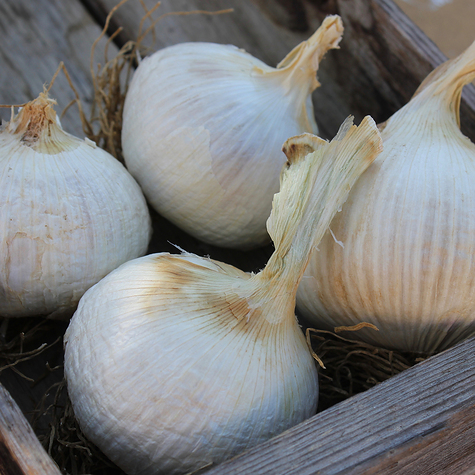 Introducing The Solo, these enormous monobulbs (It's a clove that was planted the previous year but never divided into cloves. It is one solid ball of garlic flesh and energy, ready to grow into a full bulb in its second year). Effectively, they are already halfway to becoming a colossal elephant garlic bulb – more than 12.5cm/5" across.

Plant exactly as you would a normal elephant garlic clove but allow a lot more space, 18" apart, because it's likely to be MASSIVE! With sufficient water, it should make the largest bulb you have ever seen.

For best results plant September onwards, harvesting in early June in the south and later in the north. Keep it watered.